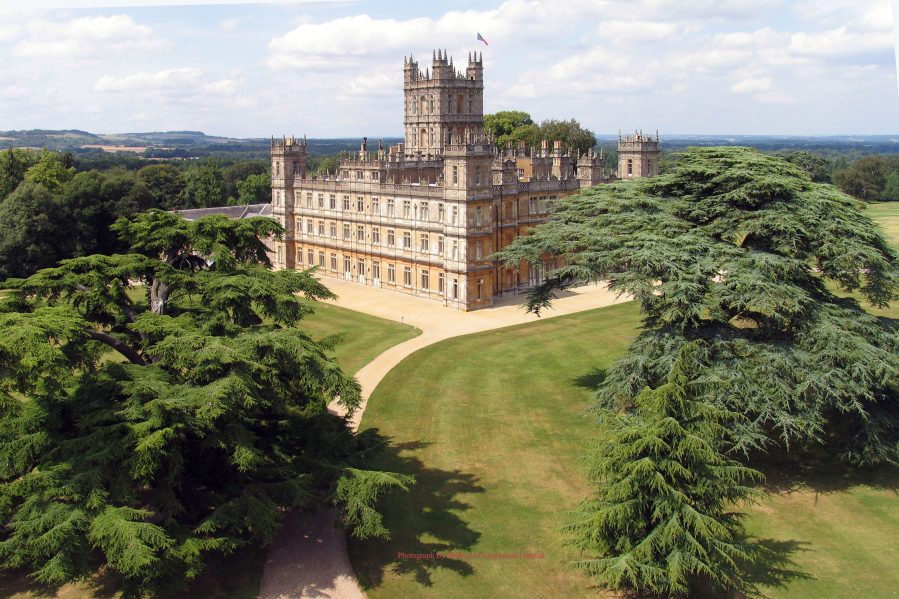 In our house, it’s written in stone that Sunday nights are spent watching the latest period drama or film. When The English Home magazine asked if I would like to recreate three rooms from Downton Abbey to coincide with the forthcoming feature film, you could say it was a bit of an open and shut case – albeit of the vintage prop variety.

Although a Downton devotee who enjoys a certain level of period accuracy, I can assure you that I wasn’t one of the eagle-eyed who spotted a few period and continuity issues that beset the early TV episodes. Honest! Instead, I willingly succumb to the upstairs/downstairs shenanigans of every episode – mainly due to Downton’s high production values. 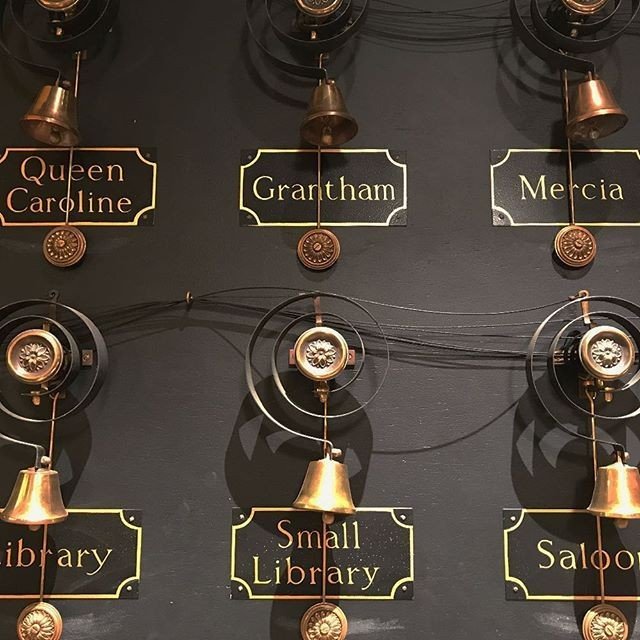 The show must go on

I have been lucky to style magazine features based on film and theatre productions before. A favourite was for UK Marie Claire where photographer Catherine Gratwicke and I reproduced interior scenes from Baz Luhrman’s Moulin Rouge in a Victorian music hall in Notting Hill.

For a little scene setting shot for the interiors piece, two very game interiors assistants dressed as Can Can dancers. The stage was edged with some very convincing shell-shaped Victorian brass stage lights which were table lamps sourced from Christopher Wray. If there was ever a photographer that could translate into print Baz Luhrman’s cinemaphotography, it was Cath.

The brief from The English Home magazine was to put together the furniture and accessories for readers to recreate the sets of Lady Mary’s bedroom, Mrs Patmore’s Kitchen and Lord Grantham’s study.

This included finding reproduction furniture rather than antique, which, if I am honest, I thought was going to be a bit of a challenge. How wrong could I be! I discovered some very fine craftsmen and women reproducing beautifully accurate antique furniture designs. The great thing is this means that readers, especially those in America, can easily get hold of any particular period design.

Interesting lighting is one element of the Downton Abbey set design that has always caught my eye. I was therefore more than a little excited to come across The Lampshade Shop, a company in Shropshire who supplied the Downton Abbey TV series and film with all their eye-catching and cleverly constructed lampshades.

Finding props and traditional kitchens to recreate sets for Mrs Patmore’s kitchen was relatively easy. Perhaps fuelled in part by our national fondness for film and TV period dramas, there is quite a lot of traditional 19th Century-inspired kitchen design around.

As much as I love seamless contemporary kitchen design, I am personally drawn to the ‘below stairs’ approach of a large country house. If space allows, it feels more organised and luxurious to have separate dedicated sculleries and larders.

Domestic calm reigns in this Shaker kitchen by deVol with its cosy ‘old maid’ dryer. They require a bit of ceiling height but are certainly a space-saving and ecologically sound way of drying clothes.

Because of the rigorous process to find the right elements for each set, this lovely kitchen did sadly hit the cutting room floor in favour of another more colour appropriate Downton Abbey-style kitchen. You will be able to see it, along with the final edit of accoutrements for Mrs Patmore’s kitchen and the other sets, in the September issue of The English Home magazine.

I had a lot of fun putting the feature together and now desperately want to at least upgrade the contents of our airing cupboard to Lady Mary standards. It also goes without saying that staff will be hired to plump the pillows, air the eiderdown and make sure the monogrammed top sheet is turned back with spirit level precision…

The blog has pleasure in sharing the trailer for Downton Abbey, the film which is on general release in the UK from Friday 13th September 2019.

To book a tour at the film’s country house location, please contact Highclere Castle in Berkshire.

Thank you so much to The English Home magazine for the commission and to all the contributors who were helpful in putting together the feature, from Highclere Castle to NBC Universal Pictures for the cast images they supplied.

With many thanks, Charis x