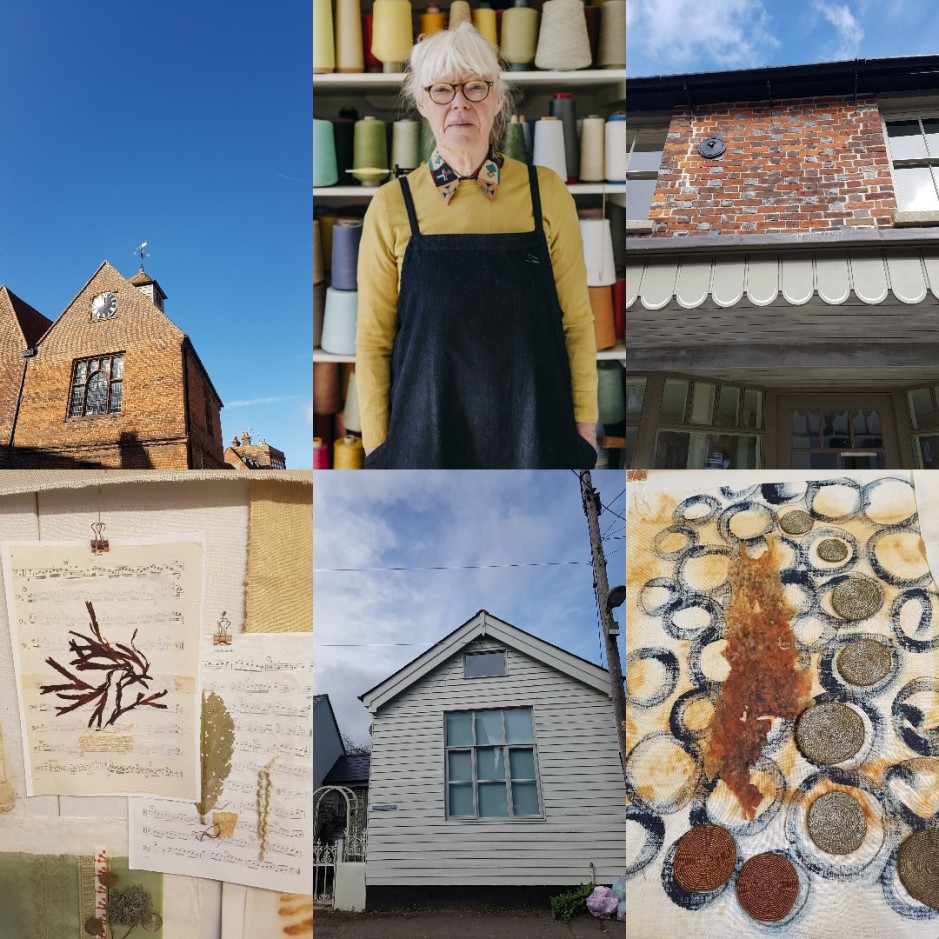 Watlington is a small Oxfordshire market town that is blessed with that rare species – a thriving independent high street. Nestled amongst farmland at the foot of the Chiltern Hills, it has ‘a butcher, a baker and a candlestick maker’. The butcher is called Tom, the 14-year-old baker (as featured in The Sunday Times) regularly creates queues halfway up the street for her pop-up bread sales, while the candlestick maker has show-stopping designer lighting. Oh, and the town is also about to launch its first Art Week.

Who’s who in Watlington

Watlington is home to film aristocracy with actors such as Jeremy Irons, Sinead Cusack and Jeremy Northam. There are top Disney executives, advertising folk, newspaper journalists and photographers. Not to mention the beauty writers, leading textile and interior designers (quick oxygen intake!) and quite a lot of artists – as it turns out.

Creativity in the Chilterns

When you think of parts of the country with large cohorts of creative types, places like Brighton or Totnes in Devon perhaps spring to mind more readily. Until now, I am not sure that Watlington could have been considered as one of them. It is almost as if this pretty market town has been hiding its hive of creativity – even from itself.

As Lorraine Daniels (Bella Luce lighting), one of the four Watlington Art Week organisers, says “When we started this, we honestly had no idea how many artists there were in Watlington. It has been a huge surprise. Jaine McCormack, one of my co-organisers with Satnam Bains and David Cotterell, has done a really fantastic job at finding so many.” Incredibly, for such a small town, there are going to be 44 artists showing their work in 20 venues across the town.

I had the pleasure of meeting local resident Jaine McCormack (textile/interior designer) for the first time last year just as she was about to retire from her role as Creative Director at the Guy Goodfellow Collection in London. I was writing a piece for my blog on Mediterranean Interiors, which featured some of Jaine’s exquisite textile and wallpaper designs at GGC. 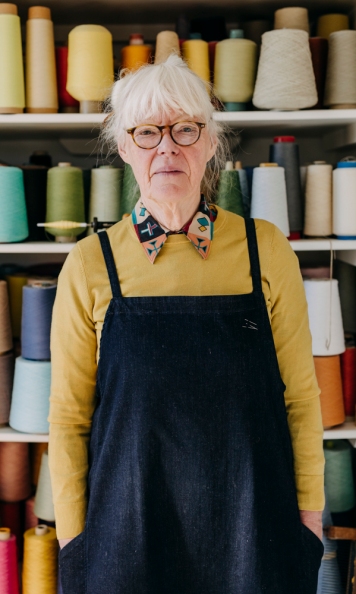 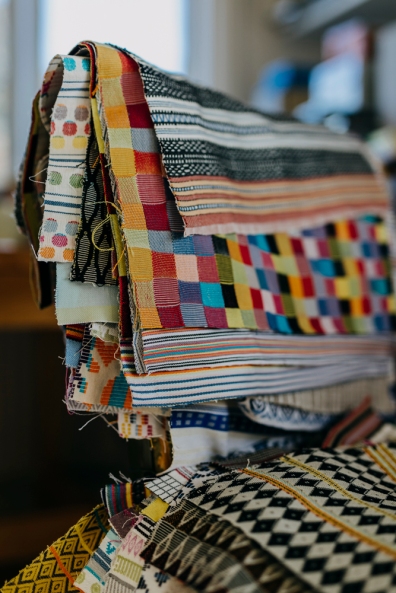 (Stylish Master Weaver Angela Swan Greaves, whose textile work sells worldwide to companies such as IKEA and Williams Sonoma in New York. You will be able to see Angela at work on her loom in her studio. Photos: Eva Nemeth).

The blog doesn’t often feature places but Watlington has just become too big a creative story not to share! Firstly, for its inaugural Art Week (11 – 19 May 2019), secondly, for the variety of cute ‘grammable architecture and finally, because of its independent high street with carefully curated selection of antiques, deli, interiors, fashion, gift and artisan chocolate shops. 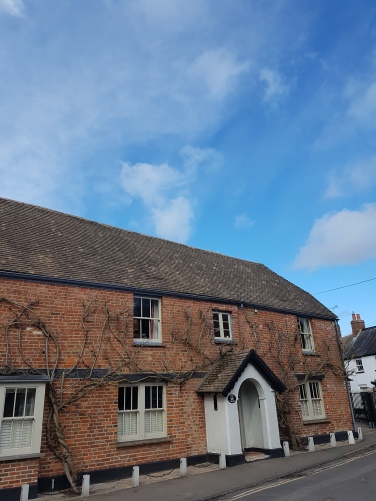 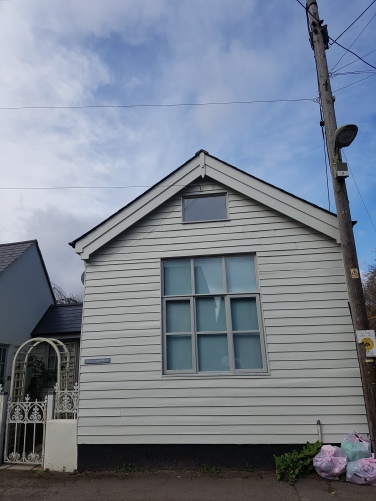 The 20 venues across the town include That Lovely Stuff, The Town Hall, Bella Luce, Robinson Sherston, Tutu Delicious, The Methodist Chapel, The Watlington Social Club, The Library, Parish Office, The Granary and The Fat Fox pub amongst others.  A map with guide will be available from these and the other locations.

Harriet Riddell is a textile performance artist who lives in Watlington and travels the world with her sewing machine powered by her push bike doing street portraits. Harriet will be showing her work at The Fat Fox pub where her father is the landlord. 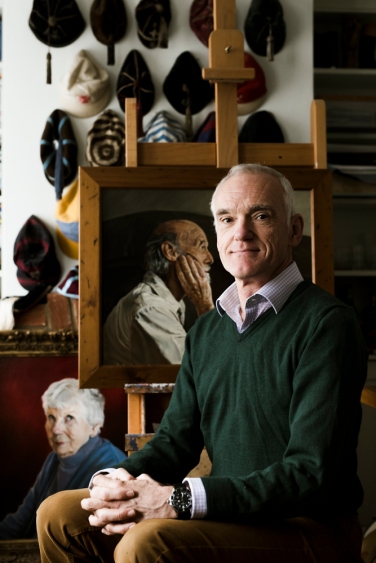 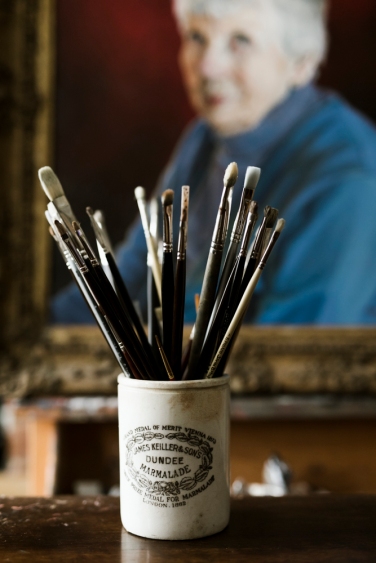 How we make things, matters

What I love about seeing the work shown in local art weeks is that this is art for the love of it, often art without deadline or commission (other than of course for the Art Week itself!) It is art from the soul and from the community.  The artist and writer Edmund De Waal had a wonderful quote on his Instagram feed recently where he said: “… Count Tschirnhaus, the philosopher … is a hero of mine: he writes that how we make things matters. It defines us as human beings. Damn right.”

What’s on the high street in Watlington?

Here is a small selection of venues and shops, but don’t forget to look out too for Drapes Interior Design, That Lovely Stuff (locally made gifts and clothes), The Italian Handbag Company, Stilla Hem (Scandinavian gifts), and  K is For Kitchen in Watlington:

Bella Luce stock a wide range of designer lighting and scented candles you won’t find on the high street. It ranges from the sleek to the quirky in style and much of it show stopping. Lighting is a great way to add personality to a room.

Harriet specialises in interior design projects and also has a shop selling some deeply appealing furniture and accessories. The shop has recently been painted in one of Edward Bulmer’s gorgeous pink chalky paints.

Jones & Jacob is Watlington’s auction house with many treasures to find while Cross Antiques has some lovely pieces including grandfather clocks which are also regularly updated on their website:

The Charity Boutiqe Shop for Mercy In Action where the volunteers say ‘donations are generous’ is beautifully styled. Giving and sustainable shopping at its best. 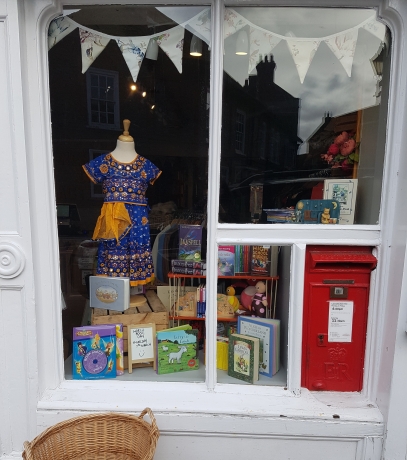 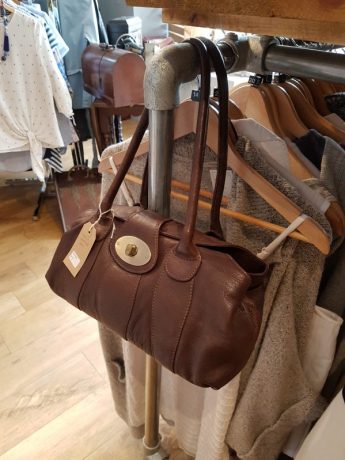 The artisan chocolate shop Tutu Delicious, is an Art Week venue not to be missed. Zoe Haines is the chocolatier behind Tutu Delicious and is supported by family members including her sister Liza and mother Patricia Warrener. Patricia will be exhibiting her pointillist abstract tree interpretations as part of Art Weeks in the shop. To complement her mother’s work, Zoe will be making a tree sculpture from chocolate as well as mini chocolate trees.

Started as a hobby by father and 14-year-old daughter duo Al and Kitty, The Real Orange Bakery not only has the yummiest of bread but a very creative Instagram account.  I think it is fair to say that in the corporate world, brand story telling of this calibre would cost social media departments searingly large amounts of money.

Real Orange Bakery town pop-ups have now also given rise (!) to the opening of their first shop which has been supported by a crowdfunding initiative. If all goes to plan, Al and Kitty hope to open The Real Orange Bakery in the High Street on the 11th May.

The Granary café and delicatessan

The Granary café is a comfortable and welcoming space for coffee, brunch and lunch. The deli next door to the café is quite extensive – with a really wonderful cheese section. It is also one of the Art Weeks venues hosting two photographers, Dee Robinson and Caroline Hyman as well as ceramists Andrea Brewer and Susie Bidgood.

Parking is in four designated car parks in the town (Hill Road, The Recreation Ground, St Edmund Campion Church and in the courtyard of Jones & Jacobs auctioneers).

Do make a visit if you can during Watlington Art Week for some inspiring creativity.

Thank you so much to Eva Nemeth (a regular contributor to House & Garden and Country Living magazines) for giving me permission to use her beautiful photography on the blog and to you for reading. If you have enjoyed this and would like to receive email alerts for future blogs then please just press the large blue ‘follow’ button either at the beginning or end of a post.

Also, if you wouldn’t mind sharing the blog with your friends and family, I would really appreciate that too! With many thanks, Charis x

In 2023 'snug' isn't just a cosy feeling, it's a room that has risen to the top of interior design wish lists.
Ice patterns
Winter veg by @madebylottieday @topdrawerlondon today
Happy Weekend 🌿😘!
A very Happy New Year to you! 🌟
Follow Charis White Interiors on WordPress.com