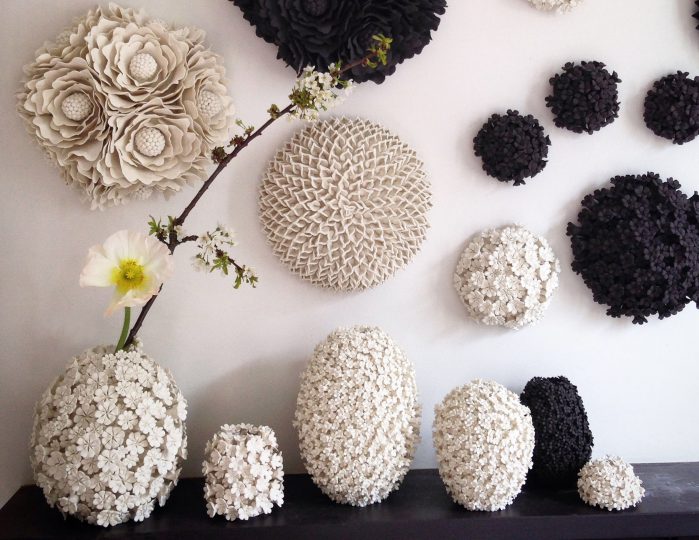 For the second of my British Design Edit posts, I am thrilled to have been given a blog ‘worldwide exclusive’ interview by British porcelain ceramicist Vanessa Hogge. There are two reasons: one is that I love her work but the second is that I believe that very shortly Vanessa will be feted in every blog, newspaper and magazine in the land for her extraordinary work. Gardeners and painters who portray flowers such as Georgia O’Keeffe, Frida Kahlo and Marianne North have all been inspirational to Vanessa’s work.

Vanessa’s own ‘botanical’ ceramics story starts two generations back. Born in Kenya and raised in South Africa (until the family escaped Apartheid in 1977 to the UK) Vanessa says, “My matriarchal family of mother and grandmother were amazing African gardeners – whilst I now find myself gardening in clay! My grandmother had a large garden in South Africa which I spent a lot of time in as a child. The house was ivy-clad and thatched with hollyhocks and had many roses. 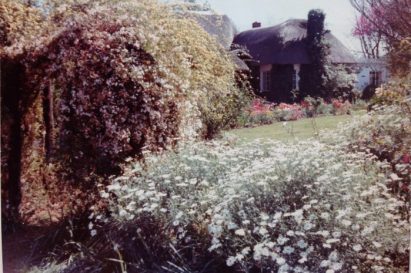 “It was a non-formal English-style garden with curvy-edged beds, and there were always plenty of blooming flowers. There was a lawn. Lots of bushes up against buildings – very dense with foliage of different colours/shapes everywhere. Hydrangeas. Long-tailed mousebirds gorging themselves on pecan, peach and plum trees.  Fruit bats pinging at night, the clack of croquet balls, thatched outhouses, Agapanthus and Bougainvillea. As children we would lose ourselves in it and I’ll never forget it!!!”

From Vanessa’s description, you can almost feel the intensity of heat, colour and beauty of her Grandmother’s garden. With the impressionable eye of a child, Vanessa would have been soaking up every last detail of every petal in the garden which you can see so keenly reflected in her work today. 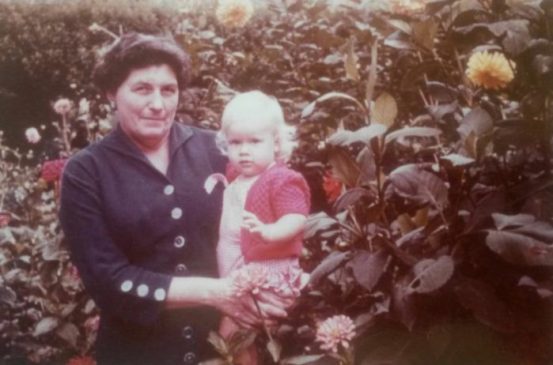 I first spotted Vanessa’s work last summer at a location house in North London. The ‘wall art’ had obviously been curated for the location house owner as part of an overall interior design scheme. The owner wasn’t there at the time so I couldn’t find out who had made them. I was therefore over the moon to come across the maker recently via Instagram.  It turns out this was Vanessa who I had met several years ago when she worked as a stylist with Decorating Editor Gabi Tubbs on Homes & Gardens magazine.

Prior to Vanessa’s days on Homes & Gardens magazine she trained in Ceramics at Bristol Polytechnic followed by an MA in Ceramics at The Royal College of Art. Paul Smith Shops spotted Vanessa back then and she says, “I had some good orders in and supplied his shops in London, Tokyo and New York with large sunflower vases. I am afraid I gave up work when my children came along in ’93 and ’95. It just proved too difficult to juggle a job, children and being a self-employed ceramicist. I married a furniture designer so we were both ‘creative’ and without proper jobs!”

A bag of clay in my shed caught my eye

Retraining as a graphic designer when the children were older, Vanessa worked for various agencies until just last year when “a bag of clay in my shed caught my eye and I remembered that that was my true passion and what I actually trained to do! The children had both disappeared off to University so with more time and a whole lot of life experience I started my ceramic career again.” Vanessa believes there is much to be said for having experienced other careers – the styling and graphic design experience have stood her in very good stead now.

Vanessa’s studio is actually one half of the living room and on the kitchen table at home. “Now the children have left home, there is more room and less distractions! The kiln is in the kitchen – it isn’t big but certainly warms the house up when I fire it! I bought the kiln on Gumtree for £400, a real bargain as new they run into the thousands. When it dies, which it will as I’m firing it to high temperatures very often, I will get a bigger one as I really want to produce bigger work.”

Not surprisingly, Vanessa has been working with some interior designers – who of course must love these wonderful pieces of art for decorating clients’ walls. I like the pieces because they are both bold and feminine at the same time. There are so many ways to use them. You could try several wall flowers together in either a symmetric or asymetric pattern or you could use just one or two mixed in with other prints/photographs to create almost a visual ‘full-stop’ on the wall.

“I love decorative textiles, surface pattern and painters who portray flowers (Georgia O’Keeffe, Frida Kahlo and Marianne North for example). They are great influencers but to work in 3D and in particular clay is the most luscious experience – there is no medium like it – especially porcelain which I predominantly work with.

It is silky smooth and soft to the touch, but very strong and stone-like once it’s fired. It’s unpredictable, so much can go wrong with firings and glazes which all adds to the thrill. And I know it’s a cliche but I still get such a buzz every single time I open the kiln – that thrill never leaves you.”

Thank you so much for reading! If you have enjoyed this post and would like to receive email alerts for future ones, then please press the ‘Follow’ button either at the beginning or at the end of the post.

Tea in the garden yesterday afternoon after planting out more seedlings in our new @charles_dowding inspired no-dig flower bed experiment.
On the terrace this afternoon in W2 with @oka press office for AW22.
Emily Bronte shrub rose by @david_austin_roses who won a Gold medal for their beautiful stand @rhschelsea
Mesmerising sculptural willow woven plant pots for trees that look like they are moving because of the rivers of the weave. @rhschelsea and on the blog.
A beautifully styled retro freestanding garden kitchen by Ann Teneman @rhschelsea and on my blog.
The prettiest plants and colours @kevockgarden from Midlothian @rhschelsea and on my blog.
Follow Charis White Interiors on WordPress.com