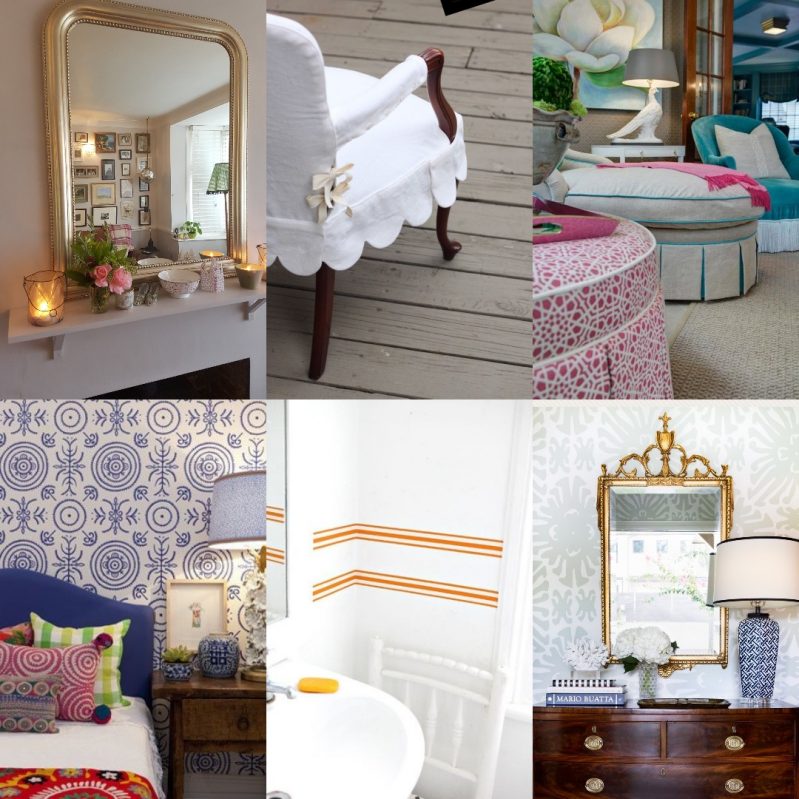 A perfect storm of social and political events took place in the early 1980s that completely changed the way people lived and dressed. It was the era that waved goodbye to Mid Century to 1970s furniture and beckoned in a national love affair with traditional Country House style. Peter York and Ann Barr wrote the Sloane Ranger’s Handbook and Min Hogg was the launch editor in November 1981 of The World of Interiors magazine. Lady Diana Spencer married Prince Charles, Brideshead Revisited was on the telly.

After the futuristic and relaxed design vision of the 60s and 70s, it really was a rather seismic change. People up and down the country suddenly wanted a slice of 18th and 19th Century design.  For those who follow trends, it was once again cool to sport a Georgian Irish linen presse. Heritage and aristocracy were in.

In the 1980s, no self-respecting Fulham townhouse would have been seen without a frontage of chintzy Austrian blinds (the ruched and frilly sort!)  Serious ‘curtainage’ was a decorative priority and were made with Victorian-inspired fabric swags and tails. As you can imagine, all of this kept curtain makers’ sewing machines whirring day and night. Interlining was the watch word (still is). Fabric and wallpapers pattern matched (courtesy of companies such as Laura Ashley) and decorative borders were rife.

Whilst I think the design approach in 2018 is more eclectic and layered, a return to traditional interior decorating popular in the 1980s is emerging. As a nation, we are perennially captivated with the romantic notion of grand country house living, which in the end proves an influential driver of what people want in their homes. The popularity of the ITV series Downton Abbey is set to reward viewers further with a feature film in September 2019.

Here are the signs and symptoms of a return to traditional interior decorating – 80s style:

With the spotlight on recycling, there is renewed interest too in antiques and how they enhance a decorating scheme. These days it is perfectly acceptable to mix and match eras when it comes to antiques – the main things is that you love the pieces. Blog rewind to a previous post on Styling with Antiques.

Borders are stealthily making their way back into decorating schemes … Cole and Son  have a lovely range as do Adelphi at Tissus D’Helene. The person who really had the vision and saw the ‘return of the border’ is Jane Cumberbatch when she launched these gorgeous stripey coloured borders a few years ago. I gather that Jane has plans for new designs, so watch this space … 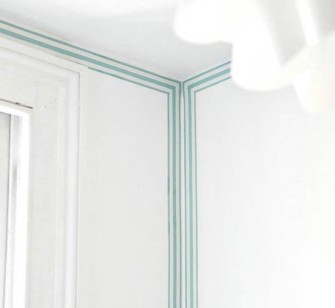 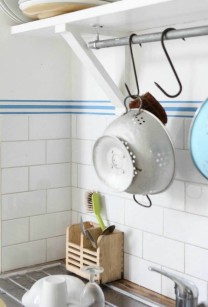 Experts believe that brown furniture is firmly back in the spotlight. Interior designer, founder of eliská design associates ltd and member of the British Institute Interior Design (BIID), Eliská Sapera says: “Brown furniture is back! Beautifully made brown furniture, mixed with contemporary pieces, make a room ‘pop’.  The patina of wood against colour is spectacular and inviting.  My advice would be to always buy the best quality you can afford.”

The Winter Art & Antiques Fair Olympia returns from 29 October until 4 November where 70 of the UK’s top dealers will be selling everything from diamonds to dining tables, clocks to ceramics.  For more information, visit www.olympia-antiques.com.

Colour and pattern are the interiors mots du jours, just as they were in the 1980s. There is so much out there. These days there are no hard and fast rules as to whether you choose to mix colours and patterns together or indeed actively choose to be ‘matchy, matchy’.

The colour palette which reflects this season’s newest colours is perfectly represented for me in this wonderful 1986 advertising image by Iving Penn for L’Oreal. Spiced Honey recently launched by Dulux, to the fabulous greens launched by Little Greene in collaboration with The National Trust to the new 9 colours by Farrow & Ball –  all have echoes of the 1980s. The new hues are more interesting and complex but think of the ‘Book Room’ reds and pinks through to the forest greens and mustard colours of the 80s. There is a link!

Pelmets are the new swag and tails and are becoming increasingly more elaborate in shape. Just love the slightly floppy nature of this pelmet and curtains with pool of blush pink Ophelia fabric from Kate Foreman.

A contemporary four-poster bed in a country house setting where the plain panelled walls offset the pattern on the bed. Fabric, Osmunda Frond Azure by Soane.

Pictures and prints are very much part of the English Decorating look. Hanging can be relaxed and random or in very neat rows. This is a lovely wall of Russian art I came across in the summer at the Art & Antiques fair in London.

Trimmings in all their forms are now being specified by interior designers for blinds, to curtains, cushions and upholstery. Blog rewind to Bullion Fringe – A set piece for a previous blog post on passmenterie.

Scallops are the new darling shape of interiors. Not since the 80s have they had so much attention.

Always useful in a decorating scheme but again, like in the 80s, they are taking centre stage and often becoming the main decorating motif. I like them horizontally on a wall and tonally, as here at the Fornasetti exhibition in Rome this year. Reminds me of how Anoushka Hempel used them in the 80s and 90s.  For more stripey inspiration, you might want to follow on Instagram @MsPutneystripes (who wonderfully styles herself ‘stripe addicted’) –  if you don’t already!

They really do finish a divan bed nicely. Off the peg ones from high street stores are OK (but maybe consider customising with trimmings). However, if you have the budget, getting one made really makes a huge difference. Alternatively, you could take inspiration from the lovely styling in this bedroom by Soane.co.uk and turn an antique lace tablecloth into one.

Anna Spiro is an Australian interior designer (represented at Lorfords in London) who completely gets to grips with mixing colour and pattern.  ‘Round and Round The Garden’ is one of Anna’s wallpaper designs. I would suggest that the choice of wallpaper designs is so much greater now than it was in the 80s.

Thank you so much for reading. I hope you have come away inspired with lots of ideas and have maybe even started to look at ‘borders’ afresh too?! Everything is always about balance – how much and where you use it.

If you have enjoyed the blog (promise they won’t all be this long!) and would like to receive email alerts for future posts, then please just press the large blue ‘Follow’ button either at the beginning or end of a post.  With very many thanks, Charis x

10 thoughts on “Is 80s interior decorating back?”